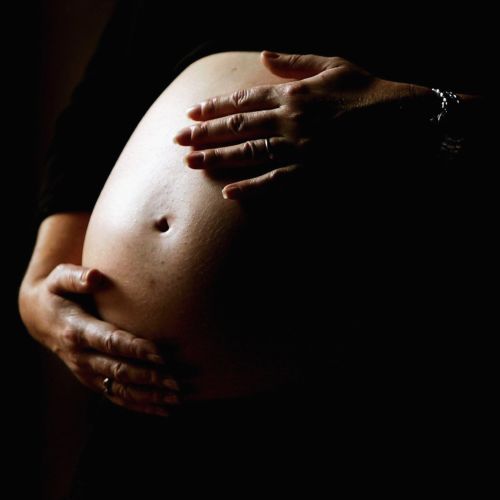 An experimental drug touted as a breakthrough for treating severe postpartum depression is showing some promising results in a small clinical trial.

Sage Therapeutics, based in Cambridge, Mass,. reported on Tuesday that 7 of the 10 women who took the drug in the trial experienced significant improvement in their depression within 60 hours of the injection. That effect was maintained for 30 days.

Among the 11 women who took the placebo, just one experienced remission within 60 hours and just two felt better a month later.

Interestingly, none of the patients who took the drug reported psychiatric side effects such as abnormal dreams, insomnia, and anxiety — but five of the 11 women on the placebo reported such symptoms. A few patients in each group experienced dizziness or a sedative effect.

Sage’s drug is designed to change the traffic patterns in the brain. There’s a natural push and pull between neurotransmitters called NMDA receptors, which contribute to feelings of happiness, and the GABA receptors that regulate their flow in the brain. In cases of severe depression, that equilibrium gets out of whack, and Sage’s drug is meant to restore it, modulating those GABA receptors to allow NMDA to do its job.

The data could represent a “paradigm shift in how the disease is thought about,” CEO Jeff Jonas said in a conference call.

The study is small and has not been peer reviewed; Sage disclosed the results in a press release. The company has not submitted study data to federal regulators and isn’t at this point seeking approval of the drug, known as SAGE-547, for postpartum depression.

Sage is also testing the same drug as a treatment for a rare form of epilepsy. It’s in late-stage trials on that front.

Though preliminary, the early results on postpartum depression are tantalizing. One of the drug’s most promising features: It appears to work quickly — some women in the study started experiencing relief after 24 hours. By contrast, traditional antidepressants can take weeks to begin working. The only other treatment for postpartum depression is talk therapy.

A serious mood disorder that affects as many as one in seven women after childbirth, postpartum depression can lead to panic attacks, inconsolable sadness and deep feelings of inadequacy. Some women have thoughts of harming their baby or themselves.

Jonas, a Harvard-trained psychiatrist, has long experience working with treatments for mental illnesses such as depression. He wrote the book “Everything You Need To Know About Prozac” in the early 1990s, in part to counter fear-mongering about the anti-depressant.

Damian Garde contributed to this report.
MOST POPULAR

Obama blames high drug prices on companies too worried about profits
Pfizer wins big in opioid deal with Chicago. But what does the city get?
Pregnant women don’t need prenatal multivitamins, study concludes
Senate delays Cures bill, as window for major legislation narrows
A chain of for-profit cancer centers has been advertising more than all its competitors combined
Meghana Keshavan can be reached at Meghana.Keshavan@statnews.com
Follow Meghana on Twitter @megkesh

This is story about a small, early test of a new type of drug to treat postpartum depression.

The story is careful to note the preliminary nature of the findings and that the only source is company statements, since the study report has not been submitted for peer-review.

However, it is hard to see the health news in a tiny phase 2 study, especially when no independent sources are included in the story to help provide balance to the claims. As readers, we’re also left wondering about potential harms specific to pregnant and new mothers, such as the drug’s ability to affect a baby in utero or pass through breastmilk.

(Editor’s note: STAT has updated the story since this review was posted, and the “Read Original Story” link above will take you to the updated version, not the original version that we saw. Some of these changes address several of the Not Satisfactory ratings below. However, our ratings still stand: While updates are great, they aren’t likely to be seen by people who read the original story.)

This story reports some positive early hints about an experimental drug tested in a few women with the symptoms of major depression. But with phrases like “paradigm shift,” readers could easily get the impression that the results are far more reliable, and relevant to many more women, than is justified based on the company announcement.

And STAT was far from the only news outlet writing about the study in such a way. It got a lot of play in the financial press and in investor circles, helping boost the company’s stock price, with the price closing up 37%.  But whether the source is STAT or a more financial-minded publication, all stories posted online have the potential to reach and influence readers who are searching for health news. That’s why all such stories with health claims should scrutinize medical evidence.

The drug is still in early experiments, but it would have been nice to give readers some indication of how the eventual price of this drug might compare to available antidepressants.

We will give the story a satisfactory rating because it specifies that 7 of 10 patients given SAGE-547 reported significant improvement in their depression within 60 hours, which persisted for up to 30 days.

However, the story did not tell readers that the depression questionnaire used in this study, Hamilton Depression Rating Scale (HAM-D), has been criticized as placing greater emphasis on sleep than on suicidal thoughts, so that the scores of some patients may improve even if their thoughts of suicide increase.

Readers should have been told that the form of the drug used in this trial is given as an IV solution and that it will not be known if a pill can produce similar results until separate trials are completed.

Although the story does report that the company said the only problems reported by patients were dizziness or a sedative effect (in both the treatment and placebo groups), it should have specifically cautioned readers that there could be other potential harms that cannot be identified by a one-month test in which only 10 patients received the active drug–notably, if this drug can pass into breastmilk or affect babies in utero. Also, as noted above, the story fails to tell readers that the form of the drug used in this trial is given as an inpatient IV treatment, which carries risks.

The story tells readers the study is small, has not been peer reviewed, and that the results were reported in a press release.

However, it should have specifically noted that this sort of small, phase 2 trial is not designed to prove whether or not an experimental drug really is effective.

The story did not disease monger. However, because milder symptoms of the “baby blues” are common in pregnant women and new mothers, the story should have been clearer about distinguishing the features of a “Major Depressive Episode” like those experienced by the women in this trial from the more common blues that readers are likely to be familiar with.

Although the story notes that the results were released in a news release and a company conference call, and were not peer reviewed (thus making it clear that the source is only the company and that the results have not been independently reviewed), the story should have included comments from independent experts.

This is a barely passing satisfactory as the story does briefly acknowledge alternatives. The only reference to conventional antidepressant treatment is that it doesn’t work as quickly as this experimental drug appears to. Talk therapy is mentioned, but there is no mention of its effectiveness. While it is true that antidepressants can take weeks, they and mood stabilizing drugs for women with bipolar disorder do treat postpartum depression. In women with a history of this highly recurrent condition, antidepressant treatment may be started or maintained during pregnancy.

The story makes clear that this drug is still being tested and that the company has not applied for FDA approval.

The story does not mention other GABA-receptor drugs in development. Indeed, it includes a quote from the company CEO calling the study data a “paradigm shift in how the disease is thought about,” thus giving the incorrect impression that this drug is the only one like it being studied.

The story clearly states that the study results were put out in a company news release. The story includes a quote from a company conference call, in addition to the numbers from the news release. However, the reliance on company sources undermines the value of the story.

New article by @UnhealthyAlcDrg & @garyschwitzer is 💯on point. This sums it up perfectly: "The COVID-19 pandemic has created perhaps the most challenging time for science communication in decades." #hcldr
Communicating Science in the Time of a Pandemic https://ja.ma/3ftMYpT

Important piece: "Communicating Science in the Time of a #Pandemic" https://jamanetwork.com/journals/jama/fullarticle/2768397 by @UnhealthyAlcDrg & @garyschwitzer via @JAMA_current

Science & health community: "reflect on how the words and the data matter, & then act accordingly."

All science communicators should read this very useful and smart about 1-page article "Communicating Science in the Time of a Pandemic" published in the JAMA written by Richard Saitz (@UnhealthyAlcDrg) & Gary Schwitzer (@garyschwitzer). @hsfi https://jamanetwork.com/journals/jama/fullarticle/2768397 #EBM #COVID